THE CONCRETE TENT @ BETHLEM by DAAR 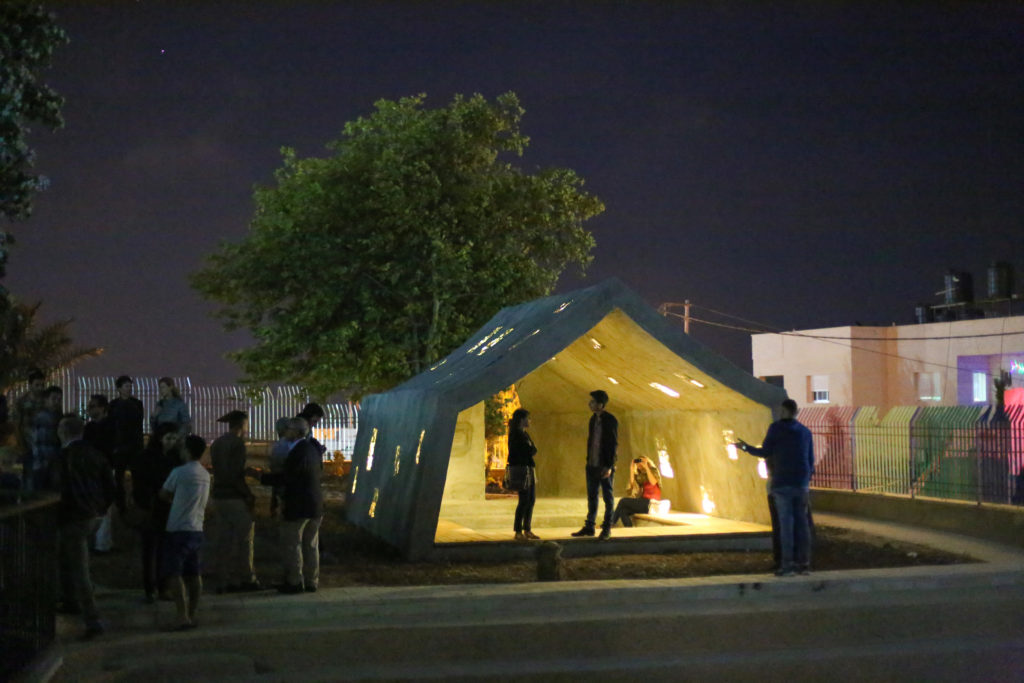 http://www.campusincamps.ps/projects/the-concrete-tent/
When we think about refugee camps, one of the most common images that comes to our mind is an aggregation of tents. However, after more than sixty years since their establishment, Palestinian refugee camps are constituted today by a completely different materiality. Tents were first reinforced and readapted with vertical walls, later substituted with shelters, and subsequently new houses made of concrete have been built, making camps dense and solid urban spaces.